Photo project from Stockholm for models and photographers

Old square and kvartet in the Old Town with a statue

Brantingtorget in the Old Town

This square is in the most popular part of the Old Town, but is often never noticed

You could enter the square form different sides – Västralånggatan or Stora Nygatan, but still a lot of guests and local visitors are omitting it, because it is so easy to get unnoticed. But it is really cozy and comfortable her, recommended place in the summer to have a short break and hide from the sun. Yes, it could be warm in Stockholm! 🙂

Brantingtorget (Swedish: “Square of Branting”) is the courtyard of the so-called Kanslihusannexet (“Annex of the Chancellery”), acting as one of the public squares in Gamla stan, the old town in central Stockholm, Sweden.

The square is named after the country’s first democratically elected Prime Minister Hjalmar Branting (1860–1925), while it was designed together with the surrounding building by the architect Artur von Schmalensee (1900–1972) and built in 1945-1950. It is connected to surrounding streets by several passages, of which some are the remains of alleys once criss-crossing the block – Klockgjutargränd, Kolmätargränd, and Stenbastugränd. The dramatic contrast between the narrow alleys and the relatively large round open space they hide, is astonishingly harmonic, the result of a compromise between the will of antiquaries wanting to preserve the medieval architecture and that of the department wanting to displace what it regarded as slum in disrepair. The post-WW2 classicism of the place excited a mode of indignation among other contemporary architects, claiming modern democracy had dressed itself up in a disguise. Centred on the square is the bronze sculpture Morgon (“Morning”), a nude by Ivar Johnsson from 1962.

Last days of winter in Stockholm 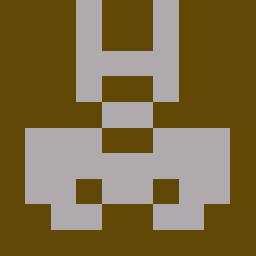 Please enter the info below to subscribe for our newsletter and prizes. Models, photographers and makeup artists are more then welcome ;)